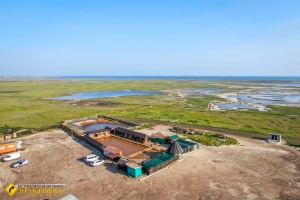 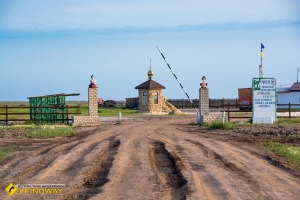 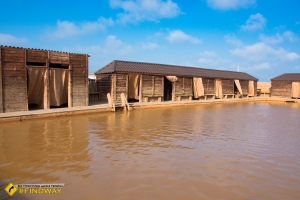 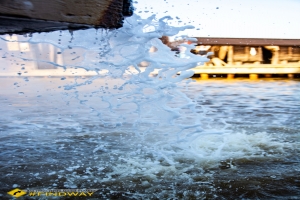 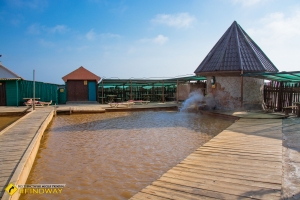 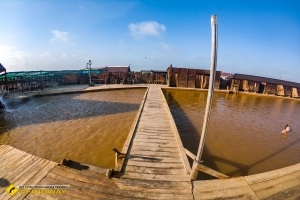 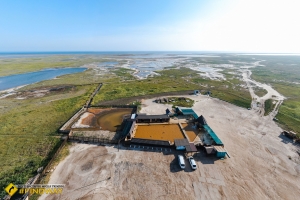 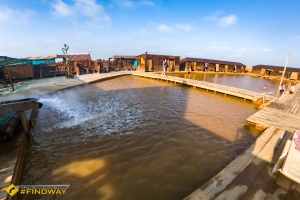 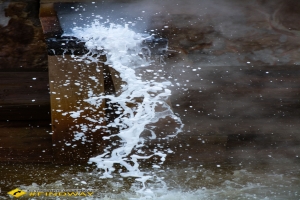 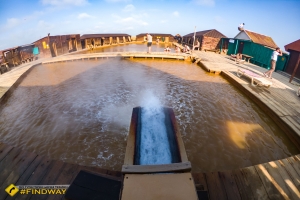 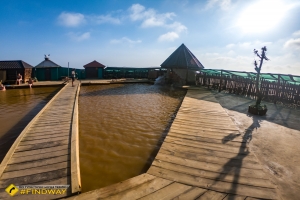 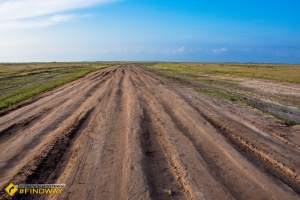 15 km from Bechter, in Kherson region, there is a healing spring known as geyser.
History
The whole territory of the village is occupied by greenhouse farms. Water from the source is purified from iodine and supplied through the pipe to the greenhouses. They planned to build an entire iodine extraction plant, however it never happened after the collapse of the Soviet Union planned and the existing premises were closed and remained abandoned. The geyser was opened to welcome the visitors in 2005. Now there are 3 baths: 1 with mud and 2 with hot water. The water temperature is 65 degrees Celsius.
The well is 1527 m deep! It took more than one year to drill it. Actually, all the wells with a depth more than one kilometer are considered oil and gas. So one can sometimes observe a little oil in Bechteri geyser as well. The mineral composition of the water from the geyser is similar to the water from the Dead Sea and has no analogues in Europe. In summer there is usually no place to park here. Many who go on vacation in Lazurne, Skadovsk or Iron Port, come to enjoy the geyser. However, in winter there are quite enough visitors as well. Especially on holidays as there is almost no snow here.
The geyser works around the clock, but it is better to arrive until midnight, otherwise you risk not being let in.
How to get there?
By public transport:
It is necessary to go to the village of Obloi by bus from Kherson, Gola pristan`, Bekhtery, but it will take about half an hour to reach the geyser most likely. There are also other taxis from Kherson, Iron Port, Azure, Naked Pier.
By car:
It is best to travel from Kherson on the P57 to Gola pristan`. After that, turn right onto Lenin str., which goes to the Bechteri village. If you are driving your own car, be prepared that 2 km to the geysers can be a huge puddle or dirt and not every transport will be able to pass.
Translated by: Irina Makukha
Write a comment for this product!
Interesting places of this region (0)
Copyright MAXXmarketing GmbH
JoomShopping Download & Support
Search