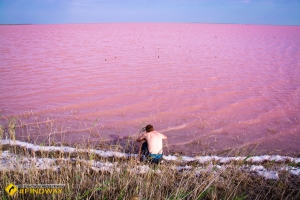 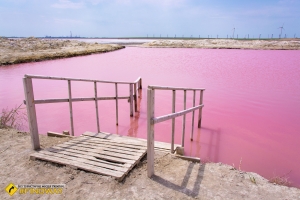 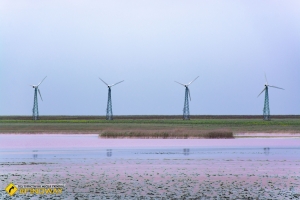 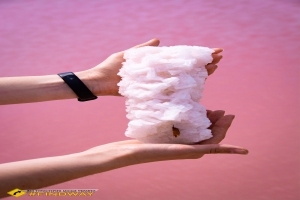 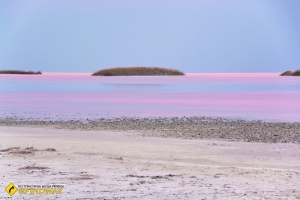 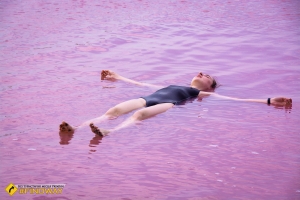 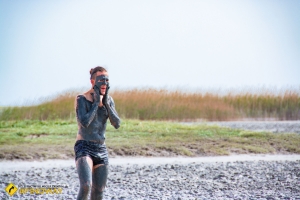 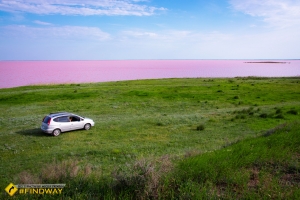 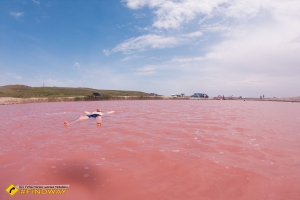 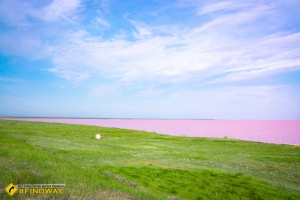 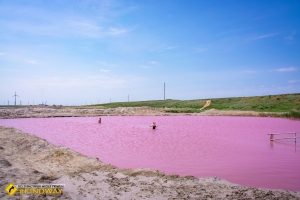 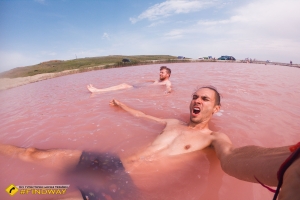 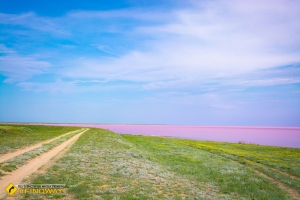 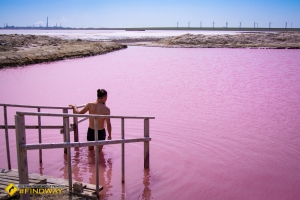 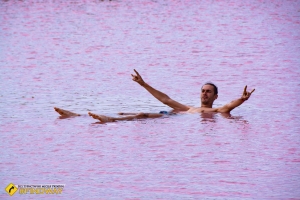 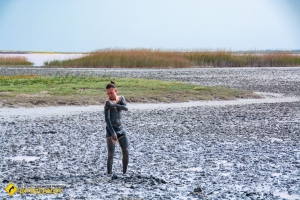 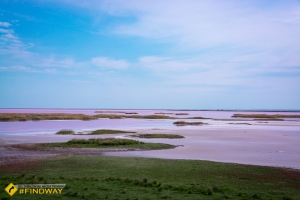 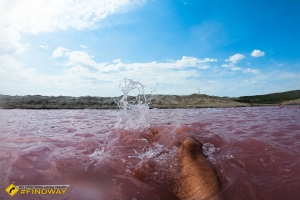 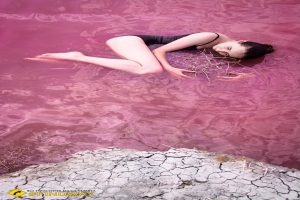 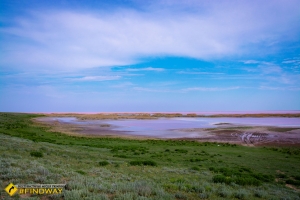 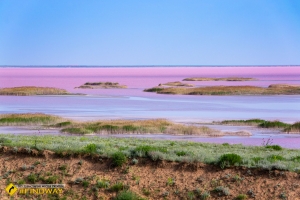 Ukraine is rich not only in black soil, oil and coal. Our rivers, mountains and forests are not the only natural conditions for a comfortable holiday. The northern, eastern, western and central regions usually choose the native and warm south for rest. Especially when you can not only sunbathe with the hot sun and swim in the cool waters of the two Ukrainian seas, but also improve your health with curative clay and salt.
For more immersion into the southern culture of summer holidays, we went to the most salty pink lake in Ukraine - Syvash. And here is what the producer of the local healing clay and the head of the recreation center on the lake, Mr. Mykola, told us.
Lake formation
"Syvash is in front of the Crimean crossing, and the great sea has already spread behind him. A lake emerged because a military aircraft crashed in the area in 1969. When the military arrived, they began to dig up the remains, thus, dug the lake, and then the wind made the water flow to Syvash from the sea, - said the businessman. - The first who went swimming dived, but the water pushed them because of their salinity.

Salt concentration in the lake is 350 grams per liter of water. For comparison, the Dead Sea is considered one of the most salty - 250 grams, that is, 100 less than Sivash. "
Medical properties
Of course, the famous pink lake not only because of its salts, but also thanks to the clay, which is already certified in the European Union, and countries such as Ireland buy it from us. Owners of clay packing, who have been working since 2010, say they have conducted clinical research with the Odessa Institute and government allowed them to use it.

"Pink water and clay are incredibly beneficial and healing, and you float in the water as if you were weightless as if you were a wooden stick," said Mykola. "Sometimes, the clay is so strong that the wheels of the cars stop turning."
Recreation
Entrepreneurs take vacationers every year. Usually, the season starts from June 1 and lasts until the end of September. Among the people who come to relax are not only Ukrainians, many tourists come from Poland, Germany, Denmark, Norway, Italy.

“The beach, the gazebos, the showers are for a fee. One day spent on the lake costs 50 UAH per person. It makes no difference whether you rent a tent or a car. Entrance for everyone is free. "

There is a lovely shop on site to buy a variety of wellness treatments, from regular clay to shampoos and oils. The shop also presented to us their crystals. The owner of the shop told that they are extracted with the help of reeds on which salt foam and crystals grow, 5-10 kg each. Why do we need the salts themselves? Due to their evaporation, the air is purified and becomes fresher.

Viacheslav said that there are cases when they send clay and methods of their use to patients who do not have the opportunity to go for special treatment. The recipe, in his words, is very simple - to coat yourself with clay, wait a little and wash it with warm water, and after the procedure just go to bed.

Interesting
"Why is the lake pink?", We asked Viacheslav.
"Pink Lake, because in the very salty waters of Donilena Solina's micro-reed grows, it releases beta-carotene. There are two more lakes in the world, in South America and Africa. "
"How did the lake become so salty?"
“In 1986, factories were built in the area, and they got rid of waste by dumping them in the canals. Now they do, but often they block the channels, which is why a lot of salt accumulates during the year. ”
"How is blue clay prepared?"
"Dialed in Syvash and then filtered. The difference between clays is in their intended use: some for cellulite, others for hernias, etc. There are the usual, namely the natural ones, and there are those in which there are already available medical supplements, they are used for strong treatment. In general, for many diseases there is a special clay. Even horse manure in us is used to treat diseases, of course, after special processing. "
"Young Fighter Course Through Procedures," is what men call the summer arrivals of people.
“Bath gels, facials, shampoos, soaps are all handmade in Poltava. The brand is "Nash Syvash".
Thanks to the alkali that kills all the germs, as well as the strong salinity of these territories, you will not be able to get sick even from sick people. But the owners say that hypertensives and cores with contraindications from doctors, it is forbidden to use clay. However, there have been no complaints in 10 years.
The lake has artesian water, a temperature of +5 degrees, in which you can wash.
"Do you have any funny or interesting stories related to this place?"
“Of course there are many. For example, Vitalii Kozlovskyi came to us and recorded a clip here.

One day, in the early spring, a woman came to bathe, asking why the water is cold? Windmills do not work, I answered, so they do not heat up, - Mykola Vasylovych smiled. - Three hours later the windmills started working and she came again and asked why the cold water, because the windmills were working. We said we would call and ask. The woman came again, and we say that somewhere in the Kherson region the cable was damaged. Then she said that she understood situation and went for a swim. ”

Alternative energy
The wind never blows from the mainland, because the air is clean here, because all the dirt flies to the Crimea and the Black Sea. As this locality is on the border, it is necessary to have a passport everywhere, as the locals advise.

«Now, serious construction of factories and windmills has started, they are planning to build up to 100 pieces here. And also an interesting fact, Syvash Lake is the same salt lake that is in Genichesk. It is simply divided, "as if it were a special state," the man joked.

During the summer season there are a lot of visitors near Syvash Lake, because everyone likes to lie in hot water, to walk in salt, to coat with medicinal clays.
Translated by: Roman Zubrytskyi
Write a comment for this product!
Interesting places of this region (0)
Copyright MAXXmarketing GmbH
JoomShopping Download & Support
Search