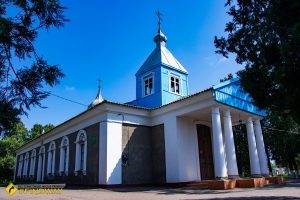 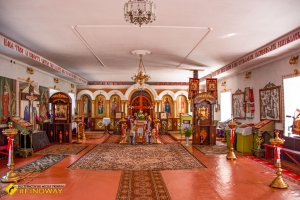 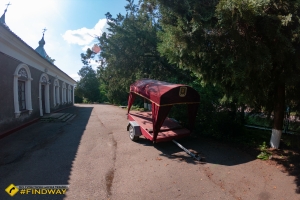 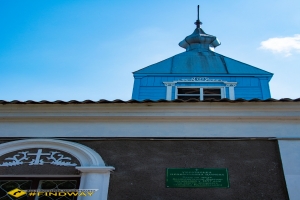 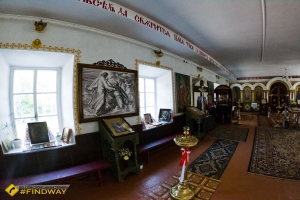 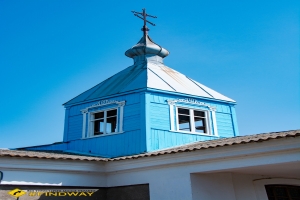 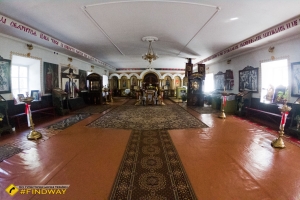 History
The Church of the Holy Martyr Barbara is located on the territory of the former estate of the Ovsyanik-Kulikovsky family. They were known all over the county for having their own orchestra, which performed even in the Odessa Philharmonic and the Opera House. The church is the only building of the whole estate that has been preserved.
The son of the landlord was married to Potemkin's illegitimate granddaughter - Barbara. And researchers who study the history of the Potemkin family say that the temple existed as early as 1846. However the first mention of it was recorded in a metric book some years later.
People call the church the Temple of the Three Barbarians, in honor of its founders - the granddaughter of Potemkin and two other girls with the same names, representatives of landlords from neighboring villages. As a church, it existed until 1928, then it was closed and the club of the agricultural college has been opened here. On the territory of the shrine there was a cemetery, which has been poured concrete by the Soviet authorities, thus creating a dance floor. But in 1942 the status of the temple was restored. Unfortunately it has not lasted for long. After the war, in 1946 the technical school resumed its activities and the church was turned into a club again. That was until the 70's, until the college was transferred to another village. However the temple was rebuilt only in the 90's.
Architecture
Inside the church is decorated with photocopies of European engravingmakers on gospel subjects. But there are no paintings due to the temperature conditions. It changes a lot depending on the season, so the ceiling and walls often crack.
The temple is made out of stone. The original bell tower was demolished when the club was opened here, and the modern one was erected later in wood.
How to get there?
You can get to Bechtery by bus from the Zhelezniy Port, Kherson, Golaya Pristan or Azure. There are also minibuses.
Translated by: Irina Makuha
Write a comment for this product!
Interesting places of this region (0)
Copyright MAXXmarketing GmbH
JoomShopping Download & Support
Search