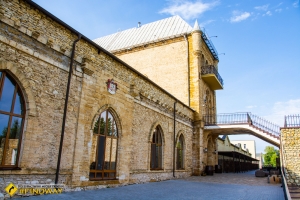 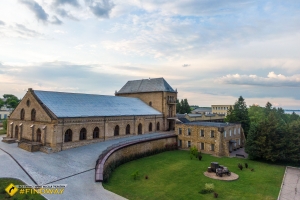 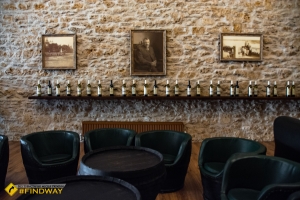 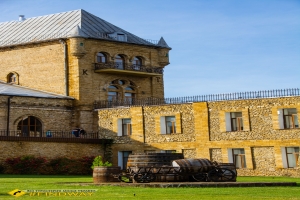 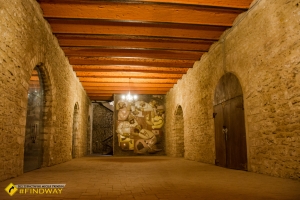 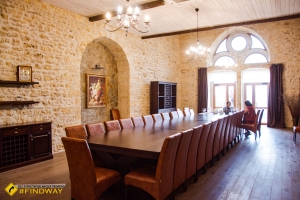 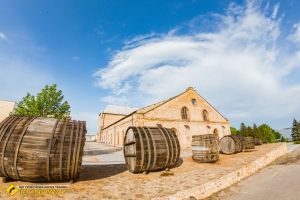 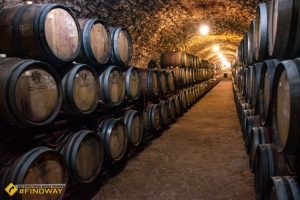 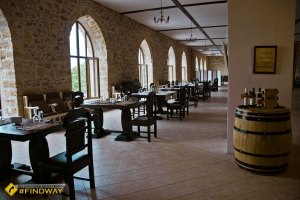 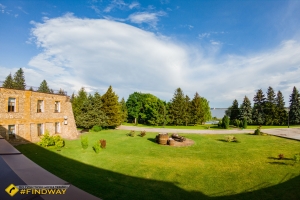 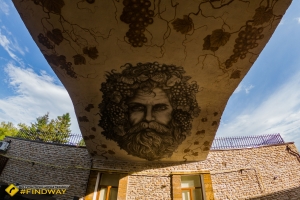 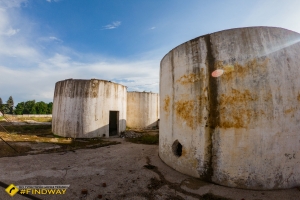 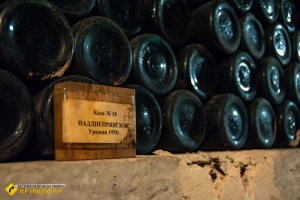 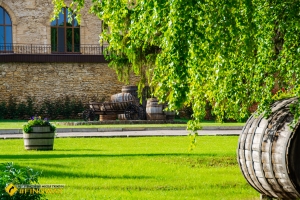 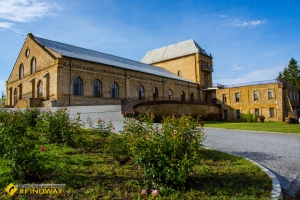 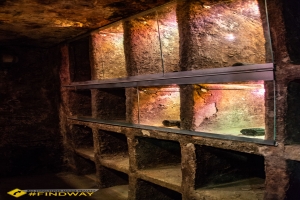 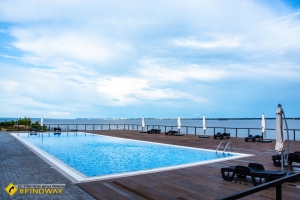 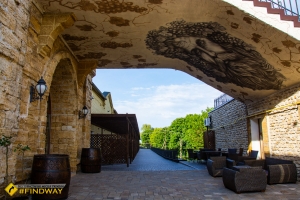 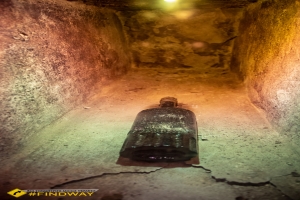 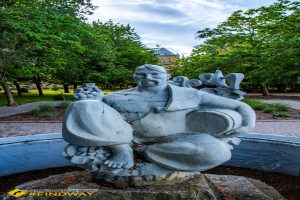 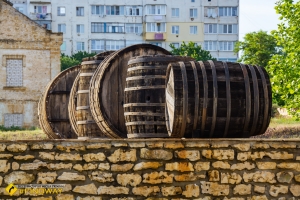 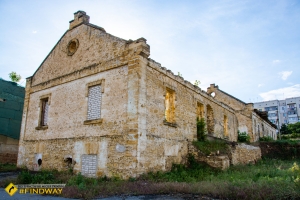 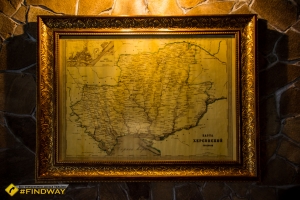 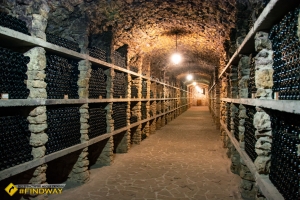 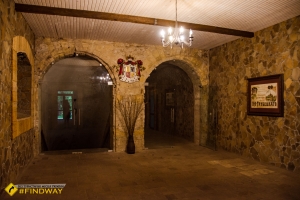 History of the foundation
The first mention of the Cossacks is connected with the area where the factory is located. In the village of Tyahynka was the Lithuanian and then the Turkish fortress Tyahyn. But after Catherine II ordered all the Sich to be destroyed, she gave these lands to noblemen in order to settle them with people from Russia. Thus Prince Trubetsky, a descendant of the Lithuanian princely family of Gediminovych, appeared on these lands. It cropped out, that he was daredevil and, despite the lack of experience in growing grapes in these areas and the culture of wine consumption here as such, with the support of his relative, Prince Lev Golitsyn, decided to engage in winemaking to export the product, and not anywhere, but in France itself!
Golitsyn went down in history as the first winemaker of the Russian Empire, founding the New World in the Crimea, where he made sweet dessert wines. But this would not surprise the French. Lev Golitsyn dreams of conquering Paris with his own champagne.

Trubetsky came up with the idea of ​​taking French technology and specialists, because he knew that otherwise the French would not take that glass in their hands. This is how French architects and consultants came here, who studied how much precipitation, how many sunny days, the chemical composition of the soil (chestnut clay with limestone deposits). They found that due to the fact that the sea was once here, the soils have a unique mineralization. By the way, this minerality still remains a characteristic handwriting.

French Chateau
And in 1889 they began to build a classic French chateau. Chateau is a manor with vineyards. The only historic chateau in the area that has survived to this day and works, confirming its purpose. The building is built in the pseudo-Gothic style.

In 1902, outbuildings were built, and then there were rows of barracks - the first housing for workers. Most of them were demolished, but some remained and people still live there. In the premises where previously stored port, now there is an idea to make hotel rooms.

The building of the palace itself is not in a very attractive condition now. Until the school was located there until 1971, it was possible to keep it in normal shape, but when the school was moved, the locals dismantled the palace for materials. Now it is the property of the winery, which is fenced for better preservation. It is planned to be restored, but funds are still being raised. There were many underground passages on the territory, which went ashore, connecting the enterprises, the palace and the tower. The prince was sitting in the tower. He had an underground passage that led to the pier. Because it was impossible to carry wine on oxen in the sun, because dry wine loses its quality due to heating. It is probable that the prince used Turkish underground passages for his cellars. It is said that there were such basements that he could go there on horseback under the house and jump out somewhere in the field. One part of these moves was used as a refrigerator. There was a tub, which was filled with ice and kept supplies all year round. She still stands in the same place.
Not far from the chateau is a brick tower - a common monument of Ukrainian-Lithuanian history. Lithuanians noticed that this tower is very similar to the Gediminas Tower in Vilnius. They took a piece of construction material, the company paid for research and in April 2018 it was already known that this tower was built during the reign of Grand Duke Vytautas of Lithuania 1380 - 1420 those years. And she served as a guard at the Lithuanian customs of Prince Vytautas.

In the building where the restaurant is now located, one window is different from the others. It reaches from floor to ceiling. In fact, it is not exactly a window, but a former entrance through which grapes were imported from the vineyards on the banks of the Dnipro. And in the restaurant building at first there was a winery. Fully electrified. Here the wine was born, then fermented, then stored in barrels and bottled.
Recognition
The first Cabernet and Riesling saplings brought from France were planted in 1895. And in 1900 at the international exhibition in Paris, the wine "Riesling" of Prince Trubetskoy won the highest Grand Prix. And at the same exhibition Golitsyn champagne won a gold award. And Shustov cognac, however, is presented as Armenian, because otherwise the French would not have tasted it, also won gold. These were the first 3 and last 3 awards of the Russian Empire of this level in the field of winemaking. In addition, Trubetsky is the founder of wine tourism on this land. There are houses where you can stay - a hotel with 10 rooms, visit a tavern and taste wine. The victory of Trubetsky's wines at the exhibition in Paris became a huge scandal at one time.

Trubetsky's wines were sold throughout the Russian Empire, served at the royal court, at important state receptions. Three times the company received the First All-Russian Prize - 300 rubles of gold. Trubetsky did not live to see the revolution, he was killed by his own nephew on the grounds of jealousy of his wife. It happened 1 day before the 53rd birthday of Petro Mykolayovych - October 4, 1911. Then his work was continued by the eldest son. But not for long, because in 1920 Soviet power was established here and Trubetsky emigrated.

Today's wineries
The chateau has 8 galleries of wine cellars. The upper cellars are used as warehouses: there are empty bottles. In general 3 tunnels with barrels with aged wines. Thanks to a special clay, the effect of a thermos is created here, moisture is not started and constant temperature of 12-14 degrees remains. The barrels are mostly French oak.

A separate tunnel is equipped with niches for the wine cellar, which are called goats. Next to each goat is a sign of what wine, what year. The collection began in 1958. Unfortunately, the historical collection of Petro Mykolayovych has not reached our days. Because during the Second World War, the German occupiers drank everything. But when a warehouse was later built over the dungeons, an excavator suddenly dug up bottles that are over 100 years old!

The modern collection dates back to 2003, when new owners arrived. They regained their historic name and a new era began. The vineyards of the Trubetskoy plant are located along the banks of the Dnieper in the direction of Beryslav and occupy 200 hectares. It seems like 200 hectares is a lot, but in Soviet times there were 15,000 hectares! All equipment at the plant is manufactured by the Italian company Della Toffola. In late July - early June will begin to wash all the equipment, test it, because the grape harvest begins, by this time the shop is closed and sealed.

The winery is often visited by celebrities, in particular in Soviet times - the bloom of the party elite, astronauts, artists, Alla Pugacheva and Kuzmin and all the presidents of Ukraine, except Zelensky were here. When the TNMK band arrived, the guys were quite strong, tasting wine before, during and after the tastings. They were shown that the tubs are quite strong and each has its own voice, and they even gave a concert here.
Translated by: Anhelina Leshak
Write a comment for this product!
Interesting places of this region (0)
Copyright MAXXmarketing GmbH
JoomShopping Download & Support
Search