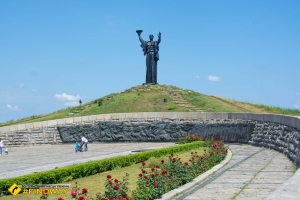 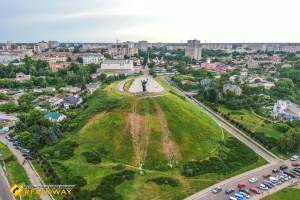 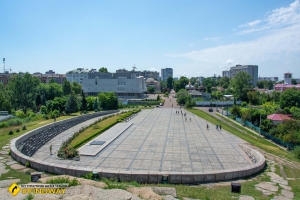 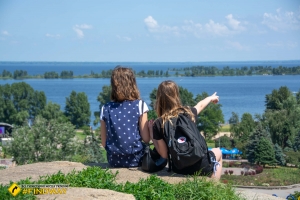 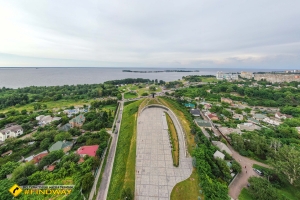 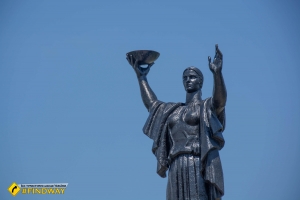 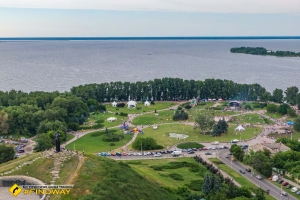 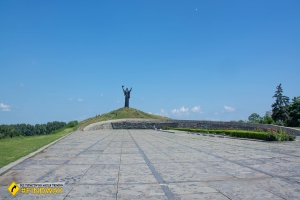 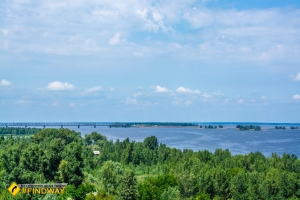 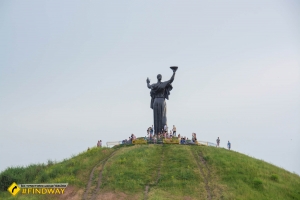 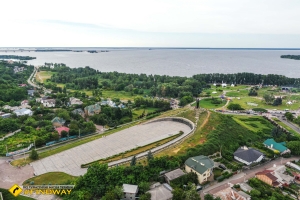 Monument to Motherland or Glory Hill is the inalienable part of the architectural complex of Cherkassy local lore museum. Museum consists of different elements of Old Russian culture like pilasters, nightmares, arcade belt. Due to such special layout it was awarded with National Prize named by Taras Shevchenko. This museum is one of the oldest ones in Ukraine - it was established in 1918. However, the Glory Hill was made in 1977. Over mentioned complex is the place where over 3600 Soviet Union heroes were buried.

Monument to Motherland was made by the apprentice of famous architect, that made the projects of similar monuments in Volhohrad and Kyiv. Though Cherkassy residents think that Kalchenko, this apprentice did even better job than her teacher.

Honestly, not everything happened according to the first plan. Kalchenko wanted this monument to be 22 meters high, but local censors did not approve it. And also it was rather tough situation with setting the monument. The hill it now stands on was transferred from the different place and so it is artificial. But in any case it does not affect the overall result - this monument is truly glorious!
How to get there?
It is really easy to reach there walking from Soborna square crossing Vyshnyvetskoho street and turning to the street of Glory and less than in 15 minutes you will be there.
Translated by: Yelyzaveta Kravchenko
Write a comment for this product!
Interesting places of this region (0)
Copyright MAXXmarketing GmbH
JoomShopping Download & Support
Search