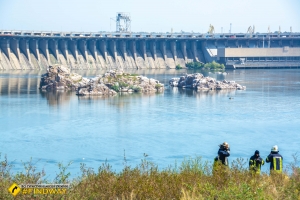 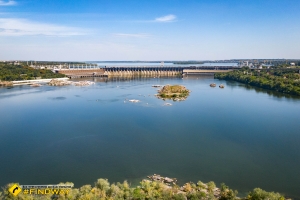 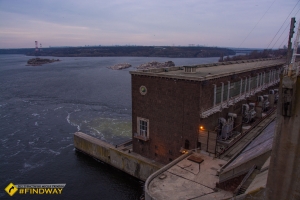 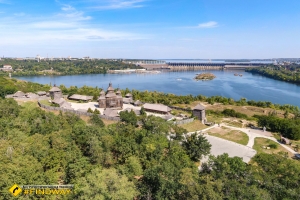 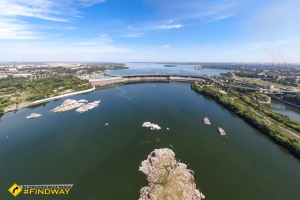 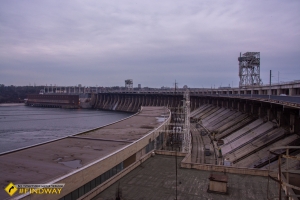 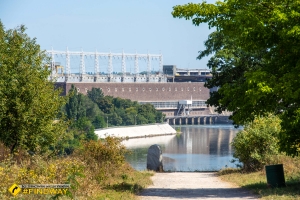 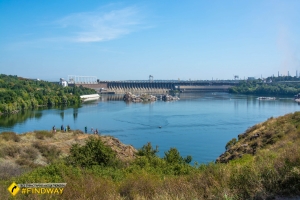 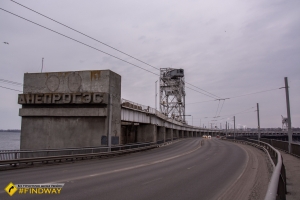 This place is one of the symbols of Zaporizhzhya, which is being represented on souvenir magnets, pens and T-shirts. But the dam has not only a tourist function but also provides electricity to the entire Donetsk-Kryvyi Rih industrial area. To visit this place you would better firstly pass the dam itself, and then look at it from the side (preferably at night). The hydroelectric power station connects the left bank with the right bank.
History
Building of the dam started in 1927, and already in 1932 the first hydroelectric aggregate worked. And in 1939 all nine worked. Technical supervision of building was carried out by United States Army Corps Colonel Hugh Lincoln Cooper and most of the details were supplied by US companies NNS and General Electric. During building, rails for the tram were laid on DneproGES, but only in one direction. That is why this tram had two rudders: front and rear. He plied “DniproBud - Maidan Voli” route and had only two stops. The first trip through the Dnipro hydroelectric power station was made on July 17, 1933 from Kyiv to Kherson by the ship "V. J. Chubar ”. It is interesting that due to the commissioning of the hydroelectric power station, the water level in the Dnipro rose by 50 meters, and it allowed the introduction of through shipping, but led to the flooding of 50 settlements.

It is also interesting that the dam was destroyed twice during World War II. For the first time it was done by Soviet soldiers during their retreat when Zaporizhzhya was captured by the Nazis in 1941. Although the Wehrmacht troops restored the station, in 1944, during their retreat, the dam was undermined again. But in the 50's the hydroelectric power station worked again, even with increased capacity. A gradual reconstruction of the dam is underway now and is scheduled to be completed in 2021. The Dnipro Hydroelectric Power Station has formed the oldest reservoir in Dnipro river that is called “Dnipro reservoir”. For a while, it was called Lenin Lake because of the monument that will be discussed later. Also it could be called "Zaporizhzhya reservoir".
Tourism
At the dam, if you look from the city center, there is the Zaporizhzhya River Port, where the monument to Lenin used to be, but in 2016 the monument was demolished and a Kozak was painted on the pedestal. There is the Right Bank Beach and the Pier called “Right Bank” on the other side.

It is most pleasant to look at the Dnipro hydroelectric power station at night, when the dam is highlighted in yellow and blue and creating a romantic atmosphere for the whole city. The best places to take beautiful photos are Khortytsia Island and Alexander Preobrazhenskyi Bridges. Therefore, visit Zaporizhzhya to enjoy the beauty of this wonderful city!
Translated by: Kateryna Polishchuk
Write a comment for this product!
Interesting places of this region (0)
Copyright MAXXmarketing GmbH
JoomShopping Download & Support
Search