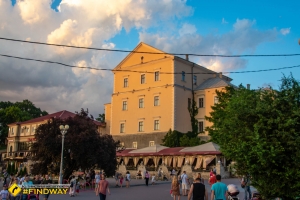 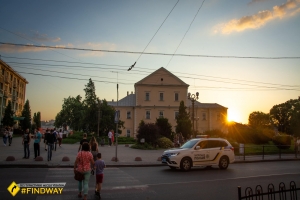 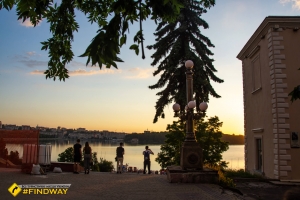 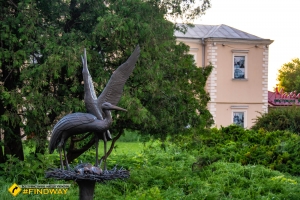 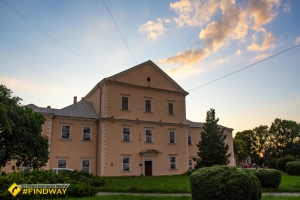 The old castle is a fortification, which from the XVI century, and still protects Ternopil. The construction of the castle is due to the need for protective fortifications on the eastern borders of the Commonwealth from Tatar invasions. Thus, in 1540, Sigismund I, King of Poland, issued a charter to Jan Tarnowski, the great crown hetman, which gave the right to own the city subject to the construction of a fortress.

The castle with a majestic stone gate grew over the river Seret, in the valley of which in 1548 a dam was built, forming a lake, now known as Ternopil. The building was surrounded by a shaft with a wooden fence, a deep moat, and the castle could only be reached via a drawbridge.

Unfortunately, the castle was severely damaged. In 1675, Pasha Ibrahim Shishman captured the city, burning the castle, destroying the ramparts and towers. The remains of fortifications were destroyed in the early nineteenth century during the reconstruction of the former fortress in the style of classicism by the then owner, Count Franciszek Korytowski. Then instead of the gate there were two stone pylons in the Egyptian style, which were decorated with a lion mask. A 3-storey New Castle was built of gray sandstone, which became a real cultural center. Theatrical performances, concerts and balls were held there.
The events of the twentieth century treated ruthlessly the important building for the city. In 1944 the castle suffered the greatest destruction. Later it was partially restored: the Old Castle was rebuilt and transferred to the use of a Greco-Roman wrestling sports school, and the Ternopil Hotel was built on the site of the New Castle. Until now, the walls of the surviving plinth are 2 to 4.5 meters thick. The Ternopil Museum is planned to be organized in the dungeons of the former castle.

The old castle is a symbol of the city and majestically adorns the coat of arms, as if still protecting its inhabitants from danger.
Translated by:  Anhelina Leshak
Write a comment for this product!
Interesting places of this region (0)
Copyright MAXXmarketing GmbH
JoomShopping Download & Support
Search