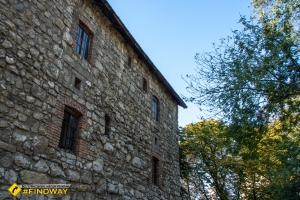 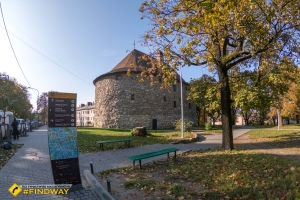 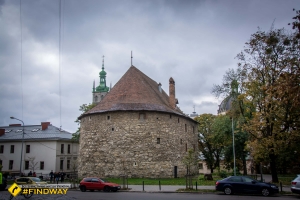 The Gunpowder Tower - a building of 1554, once, tactical and defensive in nature, which is located in the eastern part of Lviv. This is one of the oldest buildings seen by tourists coming to Lviv by bus. From the name we can understand that the powder tower had the function of powder composition. But in fact, it can tell you many more stories.

History
In the Middle Ages, Lviv was surrounded by a necessary, protective wall, but with the advent of firearms, its effectiveness weakened, so they built a third line of defense with 8 bastions, one of which was the Powder Tower. The completion of the tower coincided with the completion date of the City Arsenal and these 2 strategically important buildings were next to each other. This played an important, strategic role. The powder tower had several functions: storage of gunpowder, weapons and supplies, and in peacetime and non-war times could be used as a warehouse for products such as grain. Several times the tower became private property, but the city residents immediately mobilized and returned the tower and state property.

An interesting fact
White marble lions "lying" at the entrance were brought from Austria as a trophy. Now the powder tower plays the function of a famous tourist place, a location for various events, and just a permanent meeting place.
- Where will we meet?
- Yes, near the "powder"!

How to get there?
The tower is located in the city center, near the Market Square on Pidvalna Street 4.
Translated by: Denys Maiorov
ПОРОХОВА ВЕЖА, ЛЬВІВ
Write a comment for this product!
Interesting places of this region (0)
Copyright MAXXmarketing GmbH
JoomShopping Download & Support
Search