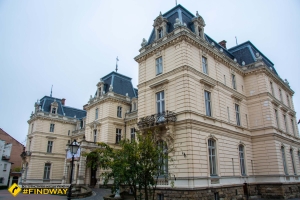 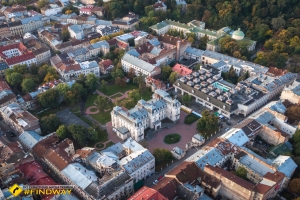 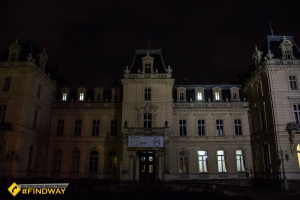 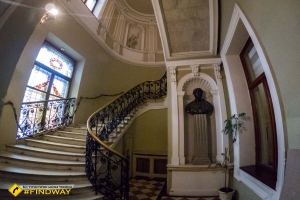 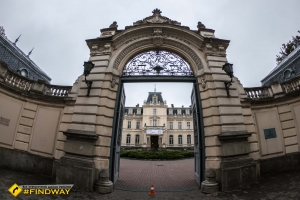 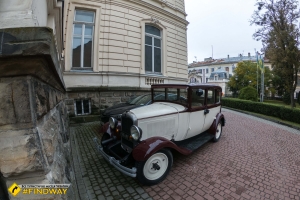 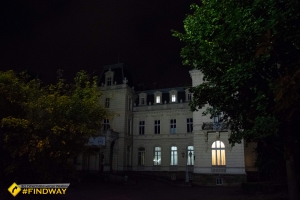 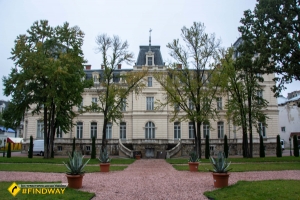 History
Just 150 years ago Potocki Palace was in the center of Lviv’s cultural life. It’s owner, Duke Alfred II Potocki built the palace. And, at the beginning of the XIXth century in this place was a garden on the Poltva’s shore. Duke bought this land and built a hunting house, but, several years later, his tastes have changed and he began building a palace in architectural style of French classicism. The main facade is separated from the Copernic street by the great forged gates, to its sides two annexes for the watcher are located, near the rear facade is a terrace leading to the park.

Tragedy
On 22th of November, year 1919, an American plane that was taking a part in the demonstrative flights above Lviv due to the anniversary of the occupation of the city by Poles, fell on the Palace. Due to the falling of the plane and the ensuing fire, upper floors of the palace were practically destroyed and its restoration took more than 30 years.

After this, Soviet authorities renamed the palace to the Palace of Happiness, and most residents of Lviv dreamed of having a wedding in this place. In the year of 2000 the building was given to the local art gallery and, to this day, it remains a famous architectural complex

How to get there?
The palace is located on the Copernic street, 15 - in the city’s centre, and it takes approximately ten minutes to get there on feet from the Rynok square.
Have a nice journey!
Translated by: Emir Saadat
Write a comment for this product!
Interesting places of this region (0)
Copyright MAXXmarketing GmbH
JoomShopping Download & Support
Search