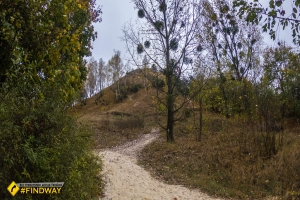 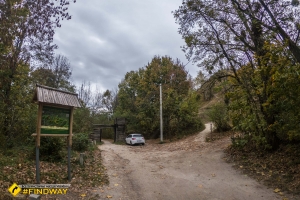 Life always reigns in the city of Lion. Usually the city is full of tourists, you can hear music everywhere, because street musicians are popular in Lviv, it is a part of the culture of this city. But sometimes people get tired of it all, and want to be in some cozy place. This monument is just like that. Lion Mount is a non-tourist place, because people increasingly want to travel popular routes, but this mountain is not inferior to anything more famous.

Its locals call it Bald Mountain. For many centuries, this mountain, in the center of the city, has become overgrown with stories, legends, and has firmly entered the history of Lviv. Lion Mount is associated with the place where Lviv witches gathered for the Sabbath - a place of action that is associated with pre-Christianity and princely times.

This place is not scary at all, as it may seem from history, it is to some extent very romantic. A place where you can feel free. And Lviv, in the red rays of the sun from there, seems completely different, mysterious and incredibly beautiful. The road to the top sometimes runs through a forest with steep climbs. A hill with the surrounding area is located in the western part of the Znesinnya Regional Landscape Park.
Translated by: Anhelina Leshak
Write a comment for this product!
Interesting places of this region (0)
Copyright MAXXmarketing GmbH
JoomShopping Download & Support
Search