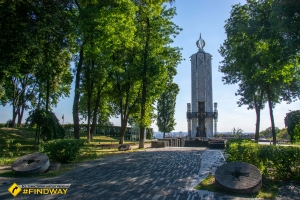 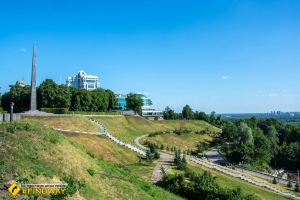 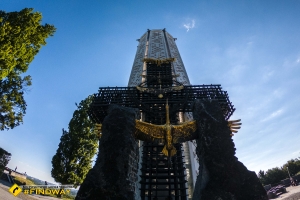 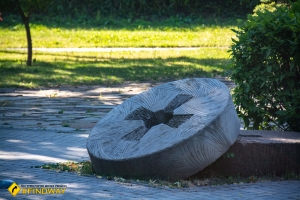 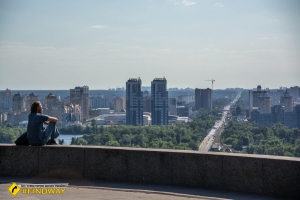 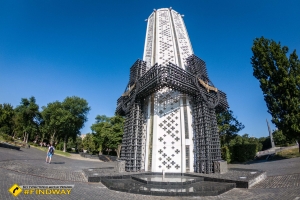 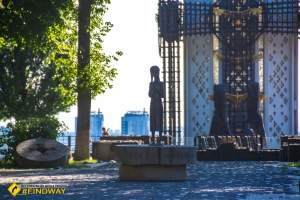 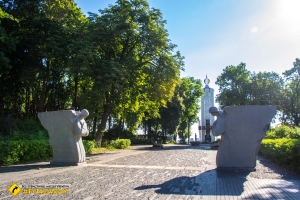 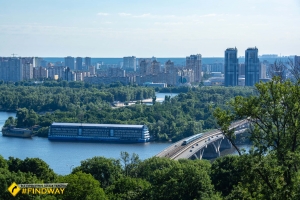 History
National Museum of Holodomor is a state museum complex that is located in the capital of Ukraine, Kyiv, in the historical district Pechersk, at 5 Lavrska street. Established in 2008 on the initiative of the government of Ukraine, the museum was built in 2008-2010 based on the project of National Artist Anatoly Haydamak, and was designed by architect Yuriy Kovalev. The official opening was in 2009. The memorial complex is dedicated to the crime of the Holodomor - genocide that was artificially created by the leadership of the USSR in 1932-1933.
Exhibits
The museum consists of two parts - the Memorial and the Hall of Memory, which now functions as a museum. The memorial consists of several artistic compositions. First thing which visitors encounter are sculptures of angels, who are the guardians of the souls of people who have died. Immediately behind them, visitors get to the “Mill of Destiny” square, where the stone millstones are located, which are a reference to the historical fact that during the genocide, all the tools used for grain processing were smashed by government officials to prevent ordinary peasants from trying to cook food. Hence the symbolic name "Mill of Destiny", because at that time millstones decided who to live and who not.
In the center of the aforementioned square stands a sculpture of a girl, as a symbol of those who suffered most - children. A few spikelets in her hands are a reference to the "5 Spikelets Act", which authorized shootings for containing even the smallest number of products. In the center of the square is a "Memory Candle" - a 30-meter-tall building that is ornamented with glass crosses of various sizes and surrounded by four iron crosses that depict the lattice. The candle is a symbol of eternity and indestructible memory of the Ukrainian people.
The Memory Hall itself presents a voluminous exhibit that showcases everyday items of that time. The 19 volumes of the National Book of Holodomor Victims contain information on the nearly 900,000,000 dead and numerous documentary evidence of crimes committed against the Ukrainian people. In addition, there are many photographs, archival documents, eyewitness accounts in the hall, which are located chaotically and convey the atmosphere of collectivization of that time. Ends exposure a series of photos in the negative, as a symbol of the lost generation. At the exit of the hall, the visitor encounters "Black Boards" - granite slabs on which the names of the settlements affected by the genocide are engraved. New black boards are still appearing.
Today, the museum complex is an important component of the coverage of the crimes of the leadership of the Soviet Union against the Ukrainian people. The museum regularly conducts excursions and exhibitions. Visiting museums is included in the ceremonial of Ukraine, and is therefore mandatory for foreign missions.
Translated by: Emir Saadat
Write a comment for this product!
Interesting places of this region (0)
Copyright MAXXmarketing GmbH
JoomShopping Download & Support
Search