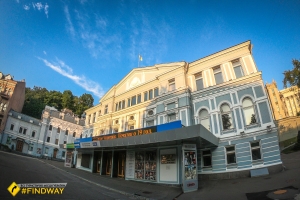 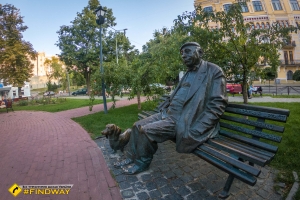 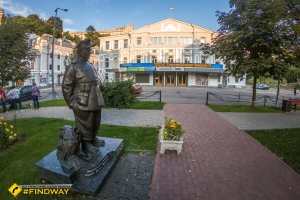 Ivan Franko National Academic Drama Theater is an academic Ukrainian drama theater founded in 1920 in Vinnitsa by participants of the Young Theater and the New Lviv Theater, including Hnat Yura and Ambrose Buchma. After the merger, they formed a new academic theater, headed by Hnat Yura. It should also be borne in mind that the founders of the theater were mostly young actors.
Debut
The theater debut in January of that year, with the premiere of the work of Vinnychenko's "Sin", and during the first season, it produced twenty-three premieres, the vast majority of which were played by the same author V. Vinnychenko. Among the more famous productions is the innovative vision of the famous Mozart's opera on the lyrics of Beaumarchais "Figaro's Wedding".
The youth and the inspiration for the work of the actors were the factors that kept the theater viable in the midst of virtually impossible living conditions. But, nevertheless, the theater continued its work, replenished its repertoire with translations of foreign dramatic works and toured Ukraine, where, due to the performances of the theater in the Donbass, the USSR State Theater was formed with its location in the then capital - Kharkiv. He worked there until 1926, after which he moved to Kiev, the home of the former Solovtsov Theater, where he continues to this day.
Soviet times
In the 1930s, the theater, along with a number of other creative groups, switched to Soviet propaganda. But then the authorities could not completely quench the creative passion of the actors, and over time they began to dilute their repertoire with new, unique works, in 1940 the theater gained the status of academic, and creates the now widely known performance "Stolen Happiness" by Ivan Franko.
Succeed
During the war, the theater worked in evacuation, and in the postwar period resumed its work in Kiev, expanding its repertoire and continuing its tumultuous activity. And from 1991, theater began work in European spaces, touring Germany, France, Italy and other European countries.
Translated by: Nika Toropenko
Write a comment for this product!
Interesting places of this region (0)
Copyright MAXXmarketing GmbH
JoomShopping Download & Support
Search