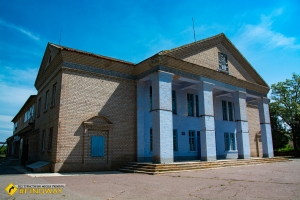 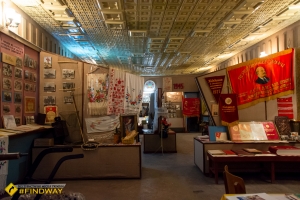 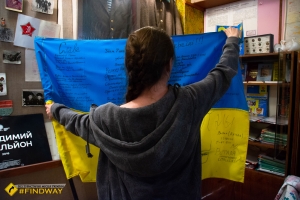 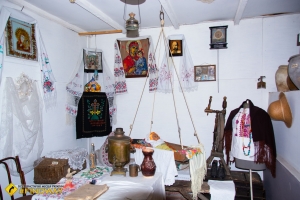 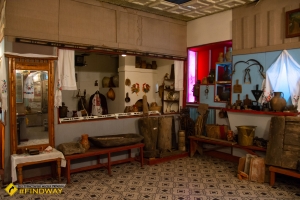 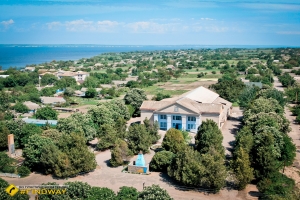 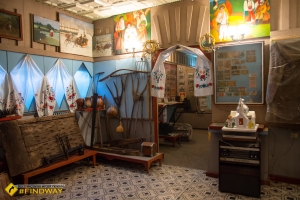 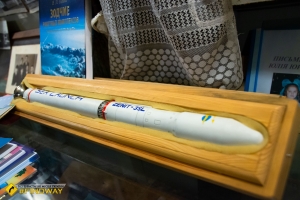 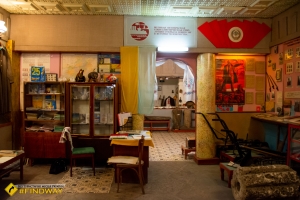 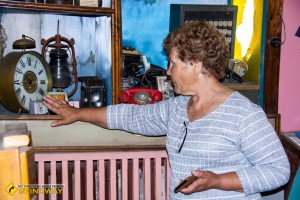 History
The life of the museum has started not that successfully as it has been robbed immediately after the opening. Many coins, St. George's crosses, awards and honors from World War II have been lost. But since then the number of exhibits has been steadily increasing. The current director has collected a huge part of the contemporary exposition by herself. In addition, the village residents help a lot, even children. Sometimes playing outside, they manage to find some valuable exhibits, such as utensils of catacomb culture and bring them to the museum. More over, the former residents of Knyaz - Grigorivka often make presents to the museum.
Exposition
One of the exhibition parts tells the story of the village, which used to be the parish and the only serf village in Kherson province. It appeared, that settlements of the times of Kievan Rus had been found on the territory of Knyaz - Grigorivka. Besides, even a Polovtsian stone statue known as “baba” standing at the local mound and Scythian burials have been preserved. There is also a hill - the High Tomb there. After the war it was renamed for the Height of Adamyan, in honor of the lieutenant who first climbed this mound during the liberation of the village from German occupation.
The basis of the exposition are everyday objects, historical and modern, agricultural machinery, products of local craftsmen, including blacksmiths, cane makers, painters. There were brick kilns in the village, so the museum has many exhibits related to this industry. The museum also houses icons embroidered by local craftsmen, as well as unique exhibits such as a foil icon and an old wooden hand-drawn icon.
Previously, they even played music from the thunderbox. Unfortunately, now the radio does not work, but it has remained as an exhibit.

A separate corner of the museum is dedicated to the local collective farms, there were 5 of them. However later they have merged into one, which included sheep farm, gardens, cotton fields, cannery, cultural house, fishing industry, etc.
Period of The Second World War is an important part of the exhibition with photographs of guerrillas, soldiers, Ostarbeiters, veterans.

Besides, there is a large literary corner in the museum with books of local poets and writers, of Knyaz - Grigorivka descents and various donated editions.
How to get there?
It is possible to get to Knyaz-Grigorivka by bus from Kherson (runs daily). The museum is located in the heart of the village, near the post office.
Translated by: Irina Makuha
Write a comment for this product!
Interesting places of this region (0)
Copyright MAXXmarketing GmbH
JoomShopping Download & Support
Search