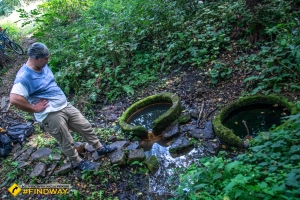 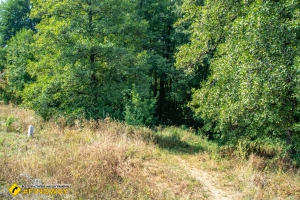 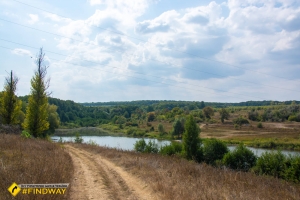 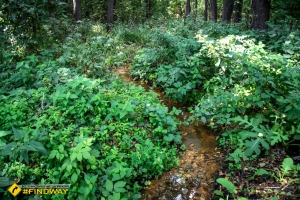 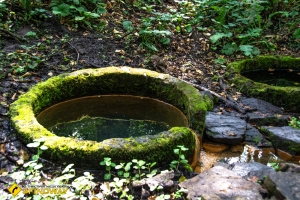 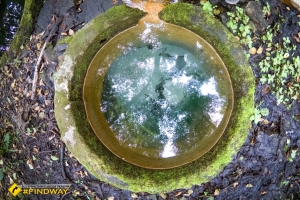 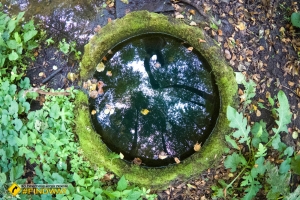 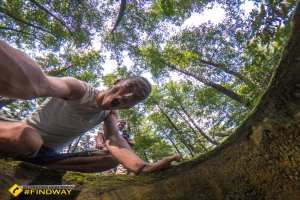 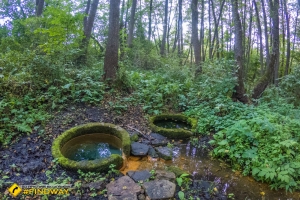 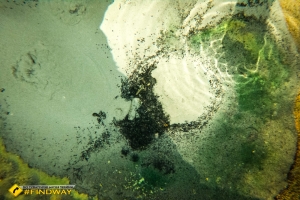 25 km from Kharkiv, in the western part of the Kharkiv region, on the rivers Lyubotynka and Merefa is a picturesque town called Lyubotyn. This place is often called the land of lakes and ancient forests. And there are mystical springs with "living" and "dead" water…

History of the place
It is unknown where these names came from, but both locals and tourists know about the springs with "living" and "dead" water. Locals say that 15-20 years ago they wanted to build a health resort in this area and use the water from the spring for hydrotherapy, but somehow things did not work out and construction did not begin. From the very beginning, there was only one source, which was once supervised by a local teacher. Together with students, she arranged this spring and cleaned it. However, the history of the formation of the second source is unknown, no one knows how it appeared…
Locals also say that this teacher once took a water sample and made an analysis and it turned out that its chemical composition is not inferior to water from a spa, which is part of the ecological resort region of the Caucasus Mineral Waters. This water is extremely saturated with iron.

Springs now
So, after passing all five ponds of the Lyubotyn cascade and reaching the springs, in the cool comfort of the forest you can see two reinforced concrete rings, which are located at a distance of about one meter from each other. It is not difficult to determine where the "living" and "dead" water is: in one ring the water is transparent and boiling, and in the other it resembles a swamp, green and opaque. The path along which water flows, forming a small stream, oxidized and rusty, which confirms once again the high iron content in spring water. There are usually few people near these springs, because water can only be drunk on the spot. If you pour it into a container, it loses its useful properties and "rusts" within one hour.
How to get there?
- By public transport from Kharkiv (metro station "Cold Mountain", by bus No. 1502 to the final stop, the route runs from 6.00 with an interval of 30-60 minutes, and then on foot.
- Suburban electric train Kharkiv-Pas. - Ogulets Kharkiv-Pas. - Lyubotyn, Kharkiv-Levada-Merchyk, Kharkiv-Levada-Lyubotyn, Kharkiv-Balashivsky-Ogultsi, Kharkiv-Balashivsky-Merchyk, Kharkiv-Balashivsky-Lyubotyn according to the railway schedule, and then on foot.

Arriving in Lyubotyn, on a suburban train or minibus, you immediately dive into the city park, from which the route to the above-mentioned sources begins… To get to the unusual sources, you need to go past all Lyubotyn ponds (only five of them), which impress with their beauty. And then you need to be careful - just between the fifth and sixth pond in a small forest and are these sources. When going down to the sources, be careful, because the path is very slippery. From the main road, this trail is barely visible. As a guide, you should use the three trees that grow here. This path is located just between one tree on the left and two on the right.