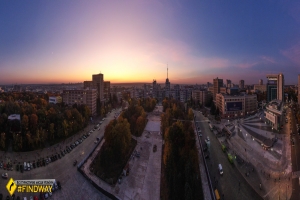 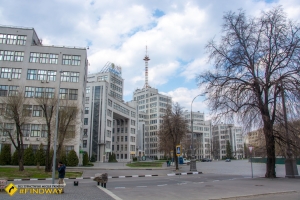 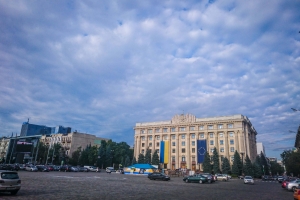 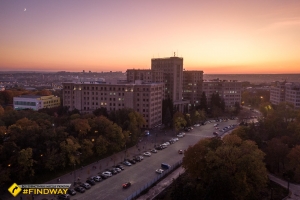 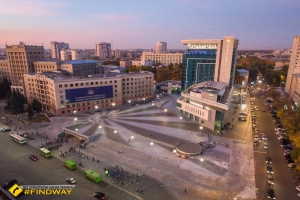 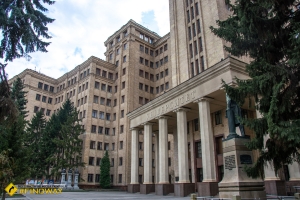 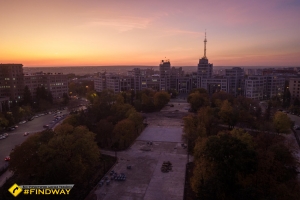 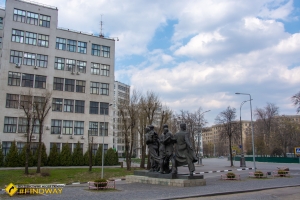 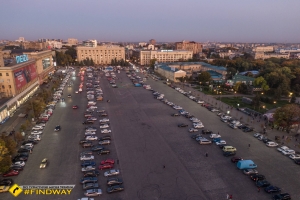 Freedom Square is a vast open space in the very center of Kharkiv. By size, the square is the largest in Ukraine and the fifteenth in the world.
History
By the end of the imperial era, this place was an ordinary wasteland and the small paved area, which was called the Veterinary Square because of the Veterinary Institute located nearby. The surroundings of the future square were occupied by usual huts and shallow ravines.
Everything began to change when Kharkiv became the capital of the Ukrainian SSR in the end of 1919 and the urban planners of that time decided to create something that would emphasize the metropolitan status of the city. Thus, the idea came about to set up a large square with adjacent buildings and streets. Due to the swampy unstable soils of that region, the task turned to be not easy. The alignment and strengthening of the future Freedom Square was done by laying about 10 (!) layers of stone, sand, tile and other materials.
Surrounding buildings
For 90 years of its existence, Freedom Square surrounded itself with beautiful buildings of different eras and architectural styles. But first things first. Kharkiv's high-rises are three skyscrapers built in the style of constructivism at the turn of the 20s and 30s of the last century.
To date, only the State Industry Building has retained its original appearance, also known as the Gosprom or Derzhprom, which became the first skyscraper in Eastern Europe and the first building made as a reinforced concrete monolith. The other two high-rise buildings, located on the sides of the Gosprom, were severely damaged during the Second World War and their appearance changed greatly, now they belong to the V.N. Karazin Kharkiv National University.
Perpendicular to Sumska Street, the hotel “International”, which later became known as “Kharkov” is located. It was built in the same period as the main buildings of the square and was intended to house high-ranking guests of the city and diplomats. In the 70s, a new building with a height of 16 floors was added to it. On the other side of Sumska Street there is the current building of the Kharkiv Regional State Administration, built in the early 50s, as well as the Palace of Children and Youth Creativity, former Palace of Young Pioneers and Schoolchildren. The composition is completed by the newest and tallest building in the area - the five-star Kharkiv Palace Hotel, which is made with a hint of constructivism.
Entertainment
Various fests, fairs and concerts are often held on Freedom Square itself, and in 2008 the legendary Queen group came here. Then they gathered here more than 300,000 people. There are also interesting places to visit around the square, first of all, the exhibition centers “AVEK” and “YermilovCentre”, the Art Gallery named after G. Siemiradzki, as well as located in the wall of the Northern building of the National University “Landau Center” with many scientific interactive exhibits that will be interesting both for children and adults.
How to get there?
You can get to Freedom Square from almost anywhere in the city. Direct minibuses and buses from the airport go here, and you can also get here from the railway station by tram or metro, which is represented by “Gosprom” (“Derzhprom”) and “Universitet” stations.