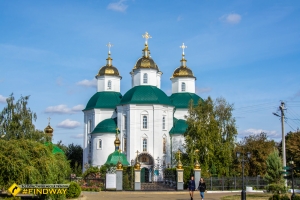 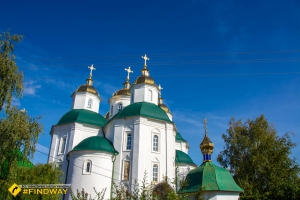 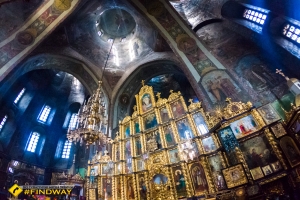 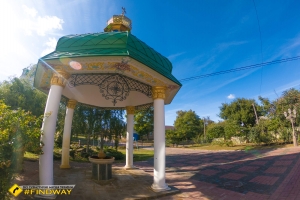 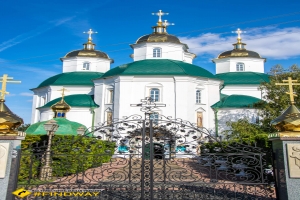 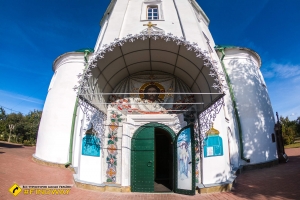 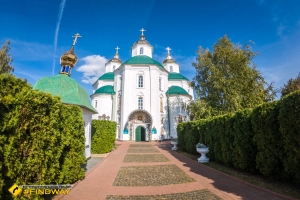 The Transfiguration Cathedral is the oldest and one of the first memorial buildings in the city of Pryluky.

This amazing stone building was laid in 1705, and in 1720 it was erected and consecrated in honor of the Transfiguration of the Savior. The cathedral was erected on the site of a former wooden roof with a thatched roof of the Church of the Savior, mentioned in 1654 by the notorious historian-traveler, son of Patriarch of Antioch Macarius, Paul Aleppo.

The cathedral was built in peace. At the end of 1714, by decree of Tsar Peter the First, Colonel Prylucky was appointed Hnat Halagan, a native of Kremenchuk. At the expense of the new official and his wife Helen, the construction of the cathedral and bell tower with the Mykolaiv Church was completed. This rare building of the early 18th century is a model of the stone architecture of the Ukrainian Baroque period. The five domes of the temple are symbols of the Lord Jesus Christ. and four evangelists. The cathedral was praised by St. Christoph Joasaph, Bishop of Belgorod. St. Joasaph, in the peace of Yakim Gorlenko, was born just below the Priluki village on Chernyavshchyna (Lapyntsi) village on September 8, 1705 and was baptized in the Savior Transfiguration Cathedral.

On May 19, 1777, the Most Holy Ecumenical Patriarch Seraphim of Constantinople held a ministry in this church, then honored the laity with his blessing. Taras Shevchenko also visited this places in the summer of 1845 and also described the grandeur of the Transfiguration Cathedral.

In the 1930s, the times of repression and godlessness came to the temple. The cathedral was looted, abused, and the ministers repressed.

It was not until 1991 that the Transfiguration Cathedral was returned to the Ukrainian Orthodox Church. The temple was consecrated and he received the first believers.

How to get there:

Cathedral address: Shevchenko street, 1. From the bus station and the train station you can get by taxi, going to the center, but the town is small, so you can walk and walk - so you will see more interesting.
Write a comment for this product!
Interesting places of this region (0)
Copyright MAXXmarketing GmbH
JoomShopping Download & Support
Search