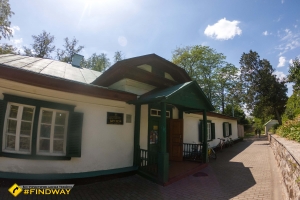 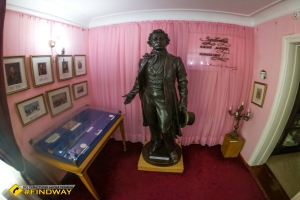 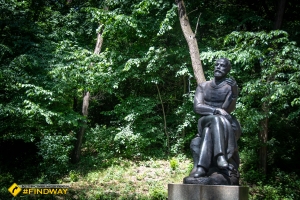 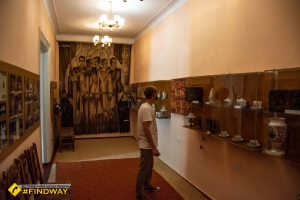 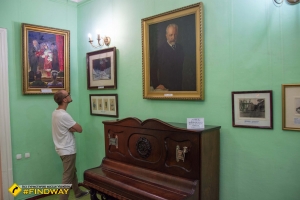 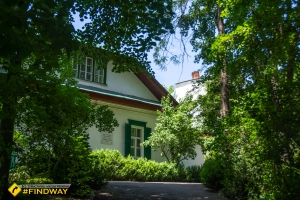 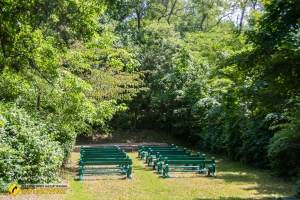 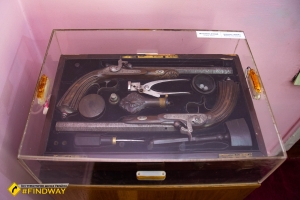 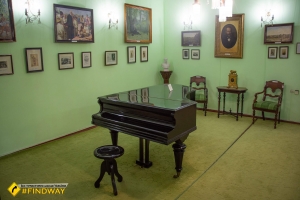 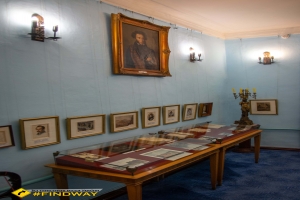 Museum’s history
O. Pushkin and P. Tchaikovsky Literacy museum in Kamianka was opened in 1937 as a museum named after O. Pushkin due to the centenary of his death and in 1940 due to the centenary of Tchaikovsky birth workers made the special branch in museum. That is how the name of this museum appeared.
Talking about the hall, dedicated to life and works of Tchaikovsky, it is worth to mention that he had a sister in Kamianka and used to visit her rather often. The first time he came to this city was 1865. At that period of time, she was the wife of Davydov’s son, who was a famous Decembrist. His son was one of the decembrists’ kids, who were born in Sybir and when he grew up moved to Kamianka. His brother, Mykola was the governor of this city and so it was little bit easier for them to settle here. The house of Tchaikovsky’s sister is still safe to visit and, actually, it is the part of Literacy museum. Among the rare exhibits there is piano that belonged to Tchaikovsky and some of his own stuff. As for now, this piano can be used only by laureats of world-famous Tchaikovsky competition.
The historical background of Kamianka in the 19th century.
The first hall of this museum is dedicated to the history of this city. It starts with painting named “Kamianka of the first half of the 19th century” made by Kotenko. The artist depicts here beautiful nature and local park, the house that belongs to Davydov dynasty, St. Nicholas Church and the house, where Pushkin and Tchaikovsky used to stay in. There are some documentary proofs that show us that this was the place where Pushkin worked on such poems as “Caucasian captive” and “Nereid”.
Decembrists in Kamyanka.
The second hall is dedicated to Pestel, Rylieiev, Muraviov-Apostol, Bestuzhev-Riumyn and Kakhovskyi. The materials gathered in this hall represents their work and biography and will help visitors to deep their knowledge about decembrists’ movement in Ukraine.
How to get there?
You can choose to travel by bus from Cherkasy, Kyiv, Kryvyi Rih, Uman, Kropyvnytskiy and Mykolaiv or by car. Once you reach the local bus station, go to the south in order to get to it. The certain address can be found on Google Maps.
Translated by: Yelyzaveta Kravchenko
Write a comment for this product!
Interesting places of this region (0)
Copyright MAXXmarketing GmbH
JoomShopping Download & Support
Search