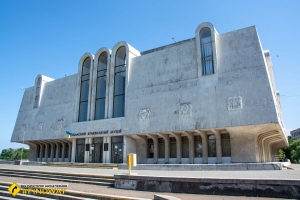 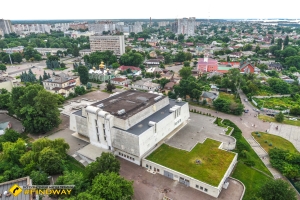 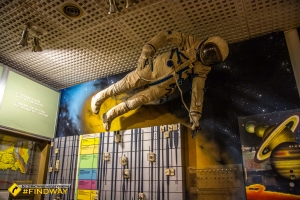 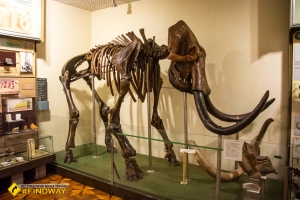 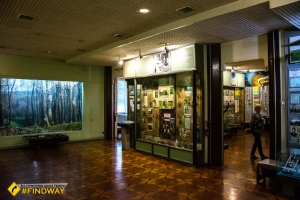 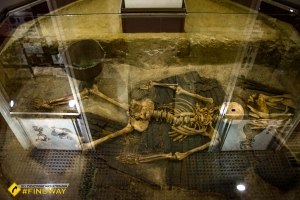 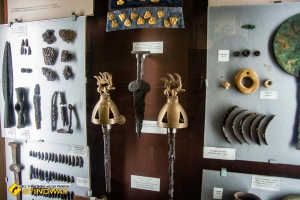 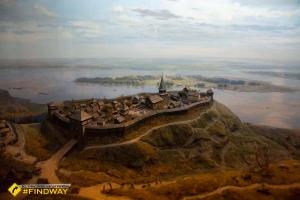 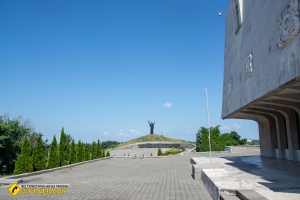 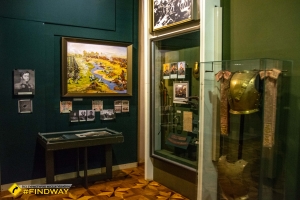 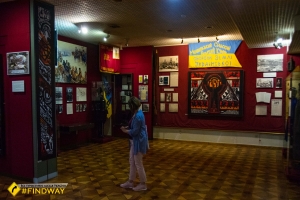 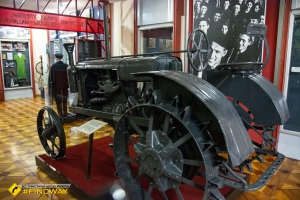 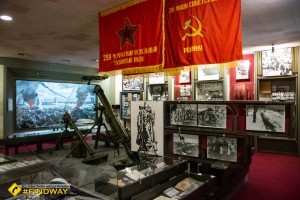 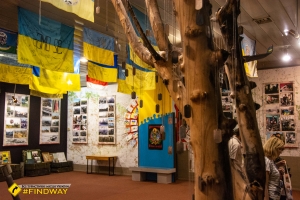 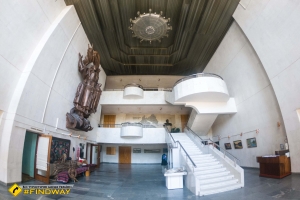 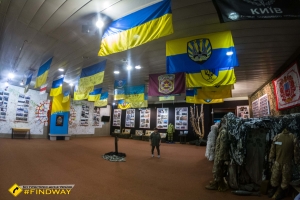 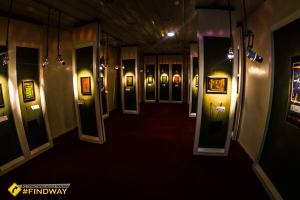 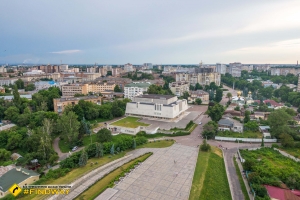 History of the museum
The new museum premises were put into operation in 1985. Until now, the museum has changed its location twice. On the basis of this Local History Museum, the Shevchenko Moshna Museum, the V. Chornovil Museum in the village of Vilkhivtsi, the Starosillya Museum, the P. Symonenko Memorial Museum, the M. Starytsky Museum in the village of Klishenka and the pride of all Ukraine - the museum of one book - the Kobzar Museum of T. Shevchenko. An exclusive exposition "Children's toys of our ancestors" was created for the Children's Day.
Exposure
The museum contains 24 exhibition halls. The first hall tells about the history of the region and is divided into historical and natural parts. The exposition is opened by the bones of a teenage mammoth from the pit of Kaniv HPP. The section presents the black soil of the Chornobay district of Cherkasy region - the best and most fertile in the world. In this hall you can listen to the sounds of the fauna of the region. Through the dioramas of forests and rivers it is possible to see the life of flora and fauna.
Prehistoric times
The historical part reflects the burial of a Scythian warrior, which was found in the region and gives an idea of ​​the equipment of the middle of the 1st millennium BC. Today, historians are actively debating the Scythian curse, according to which anyone who begins to excavate and touch Scythian treasures will soon die. Children can play with a unique toy of the ancient Russian period in the form of a mace - a toy-kalata, which had to enchase evil spirits and troubles from the child.
Video demonstration of Eugene Krai, which shows the then Scythian era on the example of panther statuettes. It was believed that if the panther was twisted and asleep, it was a time of peace, and if the panther opened its mouth, it was a campaign against the war. In the video you can see the excavations of the mounds, the structure of the mound and the reconstruction of the Scythian warrior.
The Middle Ages
You can also view Amazon burial materials with medieval weapons and coral necklaces. Cult top from a funeral chariot. Interestingly, the theme for one “Night of Museums” was music, so it was decided to present all the items that were intended for sound. In particular, calatals, which were placed on horses that carried the deceased "to the other world." Their sound was recorded and demonstrated, but on the same day there were tragic consequences.
There is also a silver and gilded forehead tiara with 4 griffins and a straightened neck bracelet for the victim. Sometimes, the museum organizes archeological games and training for children, which include fire extraction, slingshot shooting, swamp throwing, imitation of archeological excavations of a mammoth parking lot.
One of the oldest images of the embroidered shirt is embodied in ornaments from the Martinivka treasure. The earrings that were found in the pastoral settlement have a double meaning - they are also perfume bottles.
Curiosities of the museum
The museum also has an exposition dedicated to Olexander Bobrinsky, who was the head of the Imperial Archaeological Commission during the Russian Empire. Exactly he raised the level of archeological science in the empire to the highest in the world. Under his leadership, the protection of monuments was introduced by law. The exhibition presents a field diary of earl Bobrynsky, as well as photos from excavations.
Unique finds from the burial of a nomad from the excavations of archaeologist D. Kushtan - a set of bones for play and divination.
The diorama "Cherkasy in the 16th century" shows a dramatic moment when there is an offensive from the Wild Field. Cherkasy successfully repulsed the offensive and siege in 1532, the head of defense was O. Dashkovych. Special attention is paid to the figure of B. Khmelnytsky in the museum. An exact copy of Khmelnytsky's saber is on display. The museum also presents furniture from the estate of Mr. Engelhardt, where T. Shevchenko spent his first years in serfdom.
The museum also reflects the life of General Nevyrovsky, who was a native of Prokhorovka, Kaniv district. He is considered the savior of the Russian Empire in the war with Napoleon. Unlike Kutuzov, who was nicknamed the "coffee maker" because he was promoted mainly because he poured coffee for dignitaries, while the general with his immortal division held back Napoleon's army for 2 months. He was the only military leader who stopped Napoleon for such a period. His immortal division was mostly created from Cherkasy.
In the museum you can see paintings by Ukrainian Michelangelo - M. Telizhenko, who painted St. Michael's Cathedral without sketches. Within the framework of the exposition “History of Olympic Sports”, the exhibition “Heroes of Chornobyl” and the hall of holograms you can see three-dimensional images and videos with photos of earl Bobrynsky. The exposition "The war continues ..." was created by T. Telizhenko, who was a volunteer and came out of the Debaltseve boiler alive.
How to get there?
By car:
From Kyiv, it is necessary to move on the H01 road.
On a bus:
From the railway station by bus route №26, №27 to the stop "House of Children's Creativity". Further on Blvd. T. Shevchenko to the west, to the intersection with Sviatotroitskaya Street, then to the north 500 m.
Translated by: Anhelina Leshak
Write a comment for this product!
Interesting places of this region (0)
Copyright MAXXmarketing GmbH
JoomShopping Download & Support
Search